Discover the power of God's Word

This page is currently only available in English. We are actively working to translate the entire website. Thank you for your patience.

Dan Buttafuoco, an attorney in New York City, is president of the Historical Bible Society. He has written this powerful description of why we need to be reading Scripture every day.

The Bible is the single most important book ever written. It is an eyewitness account of historical events of such magnitude that they have literally shaped the world in which we live. Without this book the Western world and a good deal of the Eastern world would be completely different today than if the events of this book had never occurred.

It is not too much to say that the events recorded in this book are claimed by a significant percentage of people who have ever lived on this earth to be the most important events ever recorded in the history of the world. This book is foundational to just about everything mankind will ever know or accomplish. It has directly led to massive undertakings of good will and charity. Because of this book, great projects have been undertaken, hospitals have been built, multitudes fed and clothed and orphanages founded.

Here are five primary reasons why you need to read the Bible. This article was written by Dan Buttafuoco, president of the Historical Bible Society.

Reason #1:
The Bible has transformed the world 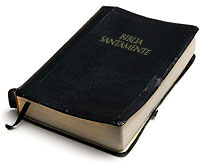 Reason #2:
People are willing to die for this book

People have died torturous deaths simply to gain access to this book. You may, even now, be in a country where this book is discouraged or even banned outright. In many countries it is a crime to distribute or even possess this book.

Reason #3:
It’s the most accurate book of antiquity

The Bible is the most copied book of antiquity. Written over a time period of some 1,500 years, it was completed approximately 2,000 years ago. Yet, in all the centuries that have passed, none of its contents have ever been found inaccurate.

Reason #4:
It contains a life-changing message of freedom

The Bible has liberated many from oppression by its clear teachings. It raises the dignity and rights of every human being ever born. It is truly an amazing and remarkable piece of writing. It contains clear teaching on the value and worth of every individual. It will astonish and surprise you and likely move you to tears.

Reason #5:
It connects you to history’s most important figure 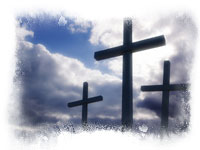 You may have heard of the "godman," Jesus of Nazareth, also called the "Christ" (i.e."Anointed One"). You may even think you know him. But if you have not read the account offered firsthand throughout this book, you will, in effect, know nothing definite about him. The entire Old Testament points to his coming, and the entire New Testament testifies to his teachings and actions.

Keep turning the pages of this remarkable book. Read it with an open mind and open heart. It contains pure truth about God, about life, the nature of mankind and our own hearts as human beings. The Gospel of John is a wonderful place to start, but read the whole thing — Old and New Testaments. You'll be amazed what you discover about God, and about yourself.

If this God is indeed your judge, before whom you will someday give an account of your life, it truly behooves you to be aware of who he is and the simple thing he asks of us before that solemn time comes. In essence, this book will help you to deal with that very event for which we are all destined. Be warned: you will not be the same after you read this book.